In January of this year, I was saddened to hear that A-Treat Soda, the nearly 100 year old bottler of root beer, sarsaparilla, and birch beer out of Allentown, Pennsylvania, had gone out of business before I was able to permit its carbonated 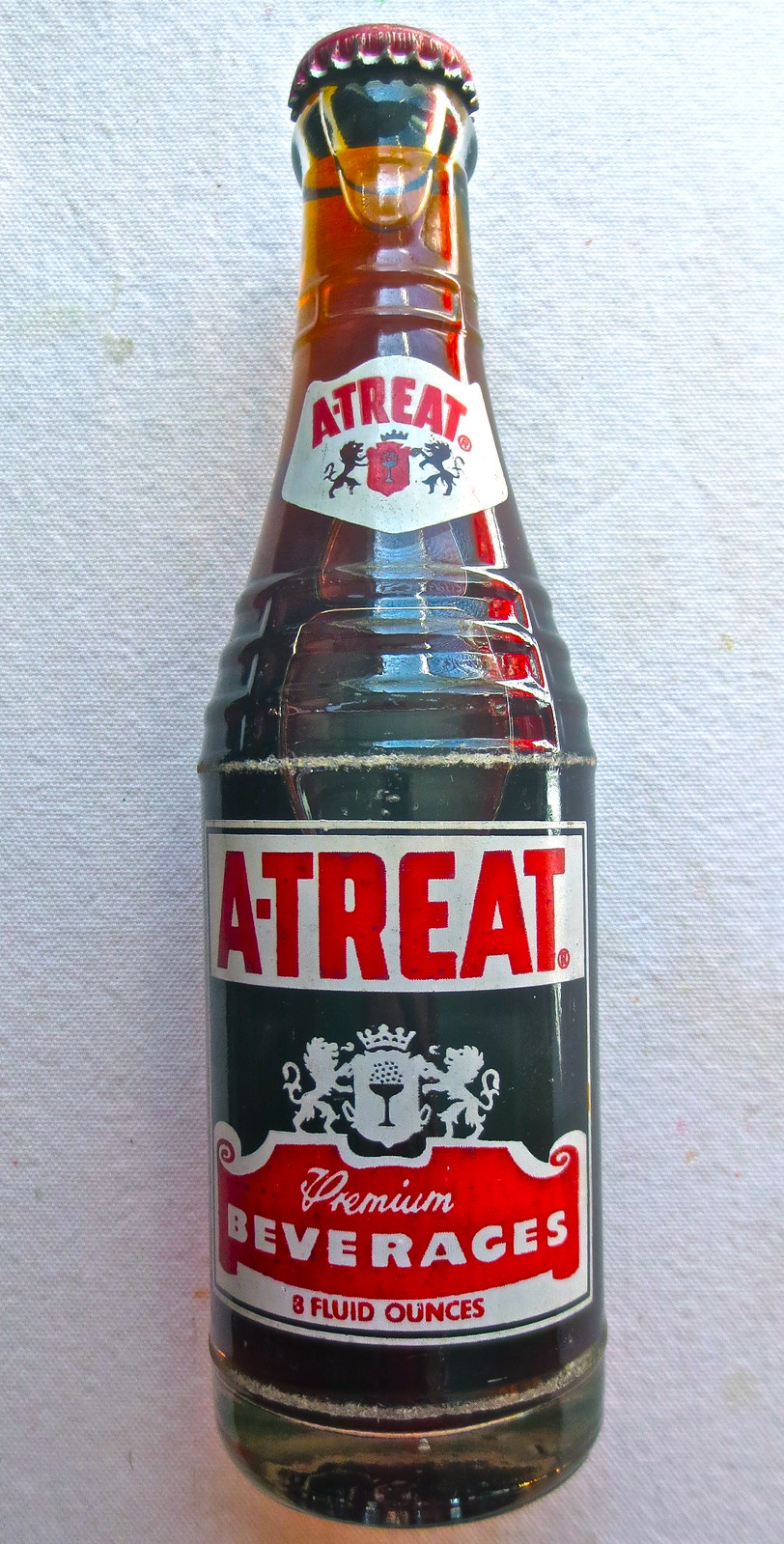 goodness to pass over my lips.  From what I understand, A-Treat had not distributed their soda in glass bottles for some time, but I still would have enjoyed tasting it.  Recently, however, hope that A-Treat will survive, has returned.  The Morning Call reports that  A-Treat “has fielded ‘bona fide offers’ from at least 10 parties interested in purchasing it.”

While the world waits to see if A-Treat will be restored, The Morning Call has collected a series of tributes, nostalgic memories about days past, spent enjoying A-Treat sodas.  Read the full story here.

What’s that,  another root beer revived from Orca Beverage Soda Works?  You better believe it.  This time, Orca has revived Brownie Caramel Cream Root Beer, a soda originally produced in 1929.  Without a definitive source on the issue, my internet searches indicate that Brownie was initially bottled by Atlas Bottling.  I could not find any information about when Brownie was discontinued, but if the current Brownie label is the one that was in use when the drink was discontinued, I would guess it occurred quite a while ago.

Brownie sports a very retro label.  It has the red, white, and blue circle that served as the old Pepsi logo, but in a slight oval.  At the top of that circle, the bust of a crosseyed sprite peers out over the word “Brownie.”  Orca’s website references the sprite noting,  “With a Sprite on the label, its’ [sic] easy to see how this mischievous and delicious blend of root beer & caramel came about.”  So, either this sprite (named Brownie?) invented this root beer and caramel blend, or the mischevious sprite is merely a symbol of the mischevious blend that is Brownie Caramel Cream Root Beer.  Either way, this is the first time I have considered that a root beer could be mischevious.

Mischevious or not, Brownie and its caramel cream make for a distinguishable root beer.  I am a staunch supporter of caramel.  I find it to be part of the upper echelon of dessert flavors.  The caramel cream in Brownie has something of a cream soda taste.  However, it is a darker, richer creamy flavor, without the vanilla overtones you expect in a cream soda.  The caramel itself has a toffee tinge.  Brownie was good, but not great.  I am not quite sure why I did not love Brownie.  I mean, it combines root beer with caramel.  Both flavors were good and there was nothing off-putting about the soda, but I just can’t say it was better than good.  I do, however, applaud Orca for making a caramel cream root beer.  A caramel cream root beer certainly needs to be available on the market.  I do also recommend that caramel lovers give this root beer a try.

Pru is a bottled root beverage from the eastern provinces of Cuba.  Pru is made from chinaberry, ubi

roots, soap berry, ginger, sweet pepper leaves, raw cinnamon and brown sugar, and is served cold.  It is said that Pru has been referred to as root champagne or root beer.  HavanaTimes.org recently posted an article about Pru which can be found here.  The author has very good things to say about the drink.

As Cubans have migrated from the eastern part of the country to Havana, other parts of Cuba, and beyond, Pru has become available in more locations.  The HavanaTimes.org indicated Pru might already be available in Miami.  I have not found any commercial producers of Pru, but as U.S. relations with Cuba normalize, perhaps Pru will become readily available to root beer lovers.

As far as I can tell, Route 66 is the world’s number one root beer inspiring thoroughfare.   At least three sodas, Root 66 Root Beer, Mr. D’z Root 66 Root Beer, and Route 66 Route Beer, carry its name.  Route 66 Root Beer is made in Lebanon, Missouri, a stop on the historic byway stretching from Chicago, Illinois to Santa Monica, California.  Since 1996 it has been available throughout the eight Route 66 States as one of the many Route 66 souvenir items available for sale, and in other locations.  Route 66 Root Beer has the distinction of winning the 2010 Clear Choice Award granted by the Glass Packaging Institute, an award recognizing quality glass packaging design and materials.  Who knew such an award existed, or that the Glass Packaging Institute existed?

Route 66 Root Beer does not have any stand out qualities to it, but it does have a good taste.  What makes this root beer is its smooth caramel flavor.  It has a slight vanilla quality,  adding to the unassuming yet polished and steady caramel base.

If it is Hippo Size it must be good.  One of my first reviews on this site was Hippo Size Burley Birch Beer, a soda which I really enjoyed.  Although I gave the birch beer a score of 8, I almost immediately regretted not giving it a higher score.  Since then, I have been searching for another bottle of Hippo Size Burley Birch Beer to reassess its score.  With that background, I expected great things from this “Small Bottle, BIG Taste” root beer.

Whether it is Hippo Size Burley Birch Beer or Hippo Size Jumbo Root Beer, you simply cannot go wrong.  Hippo Size Jumbo Root Beer expertly blends its first rate root beer tastes, which play out in a smooth progression.  First, you are welcomed by a typical herbal root beer flavor.  Then, a subtle note of wintergreen makes an appearance.  These two steps in the progression, however, are just a lead up to the wondrous grand finale.  A sweet slightly butterscotch, slightly caramel blend takes over to finish the experience.  It is not a strong butterscotch flavor like a butterscotch root beer, but a just strong enough butterscotch flavor, undergirded by a rich and deep caramel.  Sound good?  It is.  This is close to a 9 out of 10, but for now it gets:

What is contained in the small bottle is a quite tasty sarsaparilla.  It is difficult to explain, but the sarsaparilla has a nutty flavor combined with anise overtones.  Although it contains a relatively low 27 grams of sugar, its sweetness is spot on.  This is one of the better Sarsaparillas I have tried, but I still want those extra 2 ounces.

Dominion Root Beer’s label and bottle cap display the stag that serves as the logo of the Old Dominion Brewing Company.  Deer do not have much to do with root beer, except maybe that both deer and root beer are universal symbols of manliness.  Anyway, let’s not look too deeply into the meaning of the label.  Let’s get to the soda.