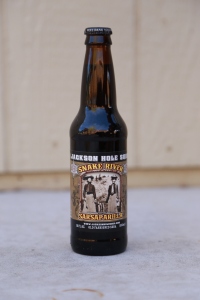 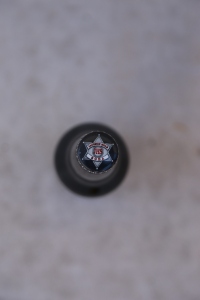 Jackson Hole Soda Snake River Sarsaparilla has an Old West look.  The label shows a black and white photo of two 19th century women, likely outlaws Marge Cassidy and the Sundance Girl, holding fishing gear and three recently caught fish that in all probability they stole at gunpoint from an impoverished father of ten children, who was trying to obtain supper for his underfed and famished family.  Those were the breaks in the Wild West, but at least that father was able to return home to his starving family and drown his sorrows in a mug of fine home-brewed Sarsaparilla.

Snake River Sarsaparilla tastes like a cola-root beer hybrid.  It took me a minute to put my finger on the cola, but there it was, mixing with an herbal root flavor.  I am not a big cola fan, but this mixture was just right for a good Old West sarsaparilla.  I can only hope that poor father who failed to bring home sustenance for his family enjoyed a sarsaparilla this good. 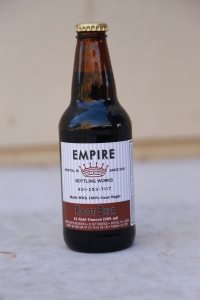 The original 1891 soda created by pharmacist William Boylan in his Paterson, New Jersey, apothecary was Boylan’s Birch Beer.  Boylan sold individual cups of Boylan’s Birch from a barrel in the back of a wagon.  Today, Boylan’s Original Birch Beer is available in dark brown glass bottles embossed with the year 1891, which serve as the standard by which all other premium root beer brand bottles are measured.

Boylan’s website describes its birch beer as “[d]istinctively minty and sharp, with strong notes of sweet birch and wintergreen oil.”  That description is pretty spot on.  Boylan’s Birch Beer has a light and fresh wintergreen mint flavor, under-girded by a dark and robust birch.  There is not much more to say, other than this is a good tasting beverage.

Sprecher Root Beer is one root beer I have really been looking forward to tasting.  After much anticipation, we reviewed Sprecher’s 30th Anniversary Honey Root Beer, but were left less than impressed.  However, I still had high hopes for the original Sprecher Root Beer.

I was more than pleased upon downing my first mouthful of Sprecher Root Beer.  It had just the rich mixture of root goodness and caramel and vanilla smoothness.  I was immediately ready to declare Sprecher an elite root beer.  My next sip was more of the same, smooth and satisfying; near perfection.  However, after this sip I noted a slight aftertaste.  Each subsequent sip brought a more pronounced aftertaste.  Unfortunately, the aftertaste was the same disagreeable soapy flavor that  pervaded Sprecher Honey Root Beer.  In the end, all I could taste was the offensive aftertaste.  In a spirit of fairness, we decided to step back from the root beer and revisit it with a fresh pair of eyes (actually taste buds).  On our return several day later, the first few sips were splendid.  Unfortunately, it could not last.  The soapy flavor returned.

This soda went from great to bad.  I suppose if you are only interested in drinking two sips at a time, this might be the perfect soda for you.  I am probably being too generous, but because Sprecher Root Beer did show a short glimpse of greatness, I give it a 6.