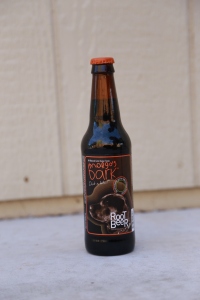 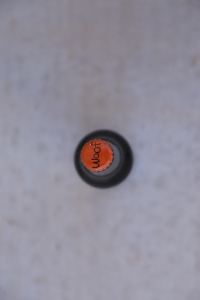 Margo is a black lab-pit bull mix and “spokesdog” for Margo’s Bark Root Beer.  Margo was abandoned in a parking lot in Long Beach, but was rescued and eventually adopted.  Some time later, Margo’s seven year old owner, Oscar, made root beer for a school science fair project.  The root beer was a hit.  Oscar and his family determined to make and sell root beer in order to donate the proceeds to dog shelters and to help dogs less fortunate than Margo.

Margo’s Bark is a complex and unique root beer.  It has a deep, dark flavor.  The mixture of evaporated cane juice, molasses, vanilla, clove, cassia, nutmeg, wintergreen, and yucca extract combine for a smooth drink.  None of the flavors stand out strongly, but the molasses is the base for its deep, dark quality.  Toward the end of the flavor experience, Margo’s lightens up into a wintergreen finish.  I enjoyed Margo Bark’s complexity, and was interested in the flavor combination.  However, I tend not to love root beers containing yucca extract.  Still, it is worth a try, especially if you want to support dogs down on their luck. 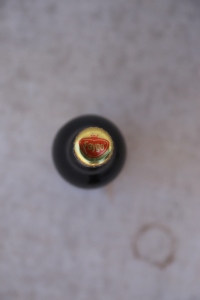 Brothers Ben and Perry Feigenson, bakers and Russian immigrants, started Feigenson Bottling Works in Detroit, Michigan in 1907.  Feigenson Bottling Works’ three original flavors, grape, strawberry, and fruit punch, were based on the Feigenson brothers’ cake frosting recipe.  In the 1920’s, during a time when the brothers began home soda seliveries by way of a Ford truck, they decided that to shorten the name Feigenson Bottling Works to Faygo.  Today, Faygo continues to operate out of Detroit as Faygo Beverages, Inc. a wholly owned subsidiary of the National Beverage Corporation.

Faygo Root Beer comes in a clear glass bottle, showing its bark brown root beer color.  Faygo’s label is nothing to write home about.  Its one defining quality is the Faygo shield.  The shield is in the shape of a slightly smooshed heart, the top of the round mounds being somewhat flattened.  On the top of the shield rests a small crown.  The Faygo shield looks like it could have been used by the company since its early days.

Named the best tasting root beer in the September 2009 issue of Bon Appétit magazine, out of the six tested, Faygo is a crisp root beer.  It is yet another root beer in the business of providing a classic, straightforward root beer taste.  Faygo is creamy and even.  No big surprises with this root beer, but it will not disappoint either.

Pepsi will add Stubborn Soda Root Beer to its beverage line which has included Mug Root Beer since 1986.

Together with the release of Stubborn Soda, Pepsi has created a new

First things first, Hank’s sodas have the best looking bottles around.  From the embossed name “Hank’s” protruding from the base of the neck, to the ridges running along both the top and bottom of the body of the bottle, to the main label and the mini label on the neck of the bottle, Hank’s has a classy presentation which lets you know they take their root beer seriously and so should you.  The label has the appearance of a thinly pressed gold, metal medallion.  The label is the perfect look for an unquestionably premium root beer.

Hank’s was developed from an old Philadelphia root beer recipe, which is should carry some prestige, as the Hank’s website claims that Philadelphia is the birthplace of root beer.  I have no idea what that claim is based on, but Philadelphia was the birthplace of the United States of America, so why not root beer as well?  Although the recipe Hank’s is made from may be old, Hank’s is a relative newcomer to the root beer market.  Hank’s Root Beer was introduced by Hank’s Beverage Company in 1996.  Hank’s took off after finding success in Philadelphia restaurants, and is now available all over the country.

There is some overlap between root beer and cream soda genres.  Hank’s straddles that line.  Hank’s is a sweet and very creamy root beer.  It has the vanilla tones you would expect from a cream soda, which blends with its cream soda flavor.  Initially, I thought that Hank’s, although quite good, should be classified as a cream soda rather than a root beer.  However, the cream soda flavor does give way to a caramel root beer finish.  Regardless of whether Hank’s is more root beer or cream soda, it has both flavors and is quite tasty.  I would recommend Hank’s to anyone, especially any cream soda lovers.